We are introducing a new feature of our blog called Green Street’s Market Mover. Once a month, one of our research experts will highlight a significant development impacting the commercial real estate market. The idea: a glimpse into our timely and actionable insights that help clients make stronger investment decisions. Check it out on your way to reading our latest blog post. 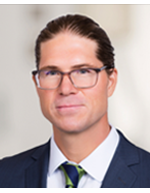 The market is always looking forward, and through that lens, the pandemic is over. Cross-sectional stock price volatility (i.e., the deviation of returns across the 80+ stocks in Green Street’s U.S. coverage universe) is back to levels that prevailed prior to the pandemic. For investors, less volatility equals less risk. 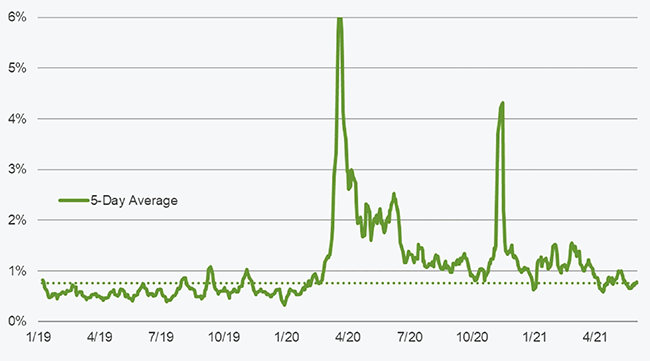 Every commercial property sector in Green Street’s CPPI is valued above the pre-GFC, 2007 benchmark of 100, except one: Malls, which stand at 80.3. The Mall sector CPPI index is down 17% post-Covid. There is a growing consensus that the best option for low-end malls is to be redeveloped into almost anything else. But as Green Street clients learned during our recent Global Retail: Opportunity Knocks webinar, redevelopment is no panacea for ailing malls.

In 1989, when shopping malls were still central to American life, the Paradise Valley Mall in Phoenix was chosen as the site for exterior shots of the fictional San Dimas Mall in the original Bill & Ted’s Excellent Adventure. But filmmakers eventually cut the Paradise Valley scenes from the movie. They probably did not realize how predictive of the future that decision was.

More than 30 years later, Bill & Ted have a threequel, but the Paradise Valley Mall is again on the cutting room floor, in the process of being converted to a 92-acre mixed-use development with homes, offices and a grocery store. U.S. mall giant Macerich (MAC) recently sold the property for $100 million, fueling speculation that conversion is "A hint of what’s to come for dying malls."

“It all depends on your cost basis. Since Covid hit, we’ve seen a few malls that Amazon has purchased and developed into a warehouse, or a warehouse developer has done it on their behalf. Those are going to be profitable deals if your cost basis is $15 million, and some struggling malls are worth as little as that,” said Vince Tibone, Green Street’s Sr. Retail and Industrial Analyst.

“But in some affluent trade areas, malls can be worth up to $100 million, as we’ve seen with the recent transaction in Arizona. With the high-quality malls, you’re going to see more densification and some downsizing of retail, primarily in the form of converting former department store boxes to residential, office and hotels,” Tibone added.

Cedrik Lachance, Green Street’s Director of Research, said: “For a full conversion, the value of the retail center needs to have declined dramatically, so it comes down to land value. That can be quite profitable for a developer with plans for an alternative use. But for densification, there’s a different equation that can also be quite profitable for centers in the right trade areas.”

That equation involves weighing the relatively low-cost, low-return option of replacing individual tenants that have failed, against the higher-cost, sometimes higher-return option of a major redevelopment that would include new non-retail tenants.

Hear Vince Tibone’s analysis of the impact of dead malls on land supply:

Mall conversions in Europe are at a nascent stage as well. “It makes more sense than it did two years ago because asset values are down 35% You can see some malls have last mile logistics incorporated into them, which is starting to make sense and does pencil in some areas,” said Green Street London-based lead European retail analyst Rob Virdee. “But we are also seeing that some malls actually will just be obsolete. The landlord has a decision to make. Either run the real estate as a retail shopping center, or just let it run out, take the cash flow and it will become obsolete in 10 or 20 years. Those are the conversations that are being had.”

Learn how to subscribe to Green Street’s Pan-European research

Green Street has been ahead of the curve with research examining the potential for converting underperforming malls to other uses, including a recent Quick Take: Malls Converting to Resi – Slowly But Surely, focusing on five projects in California alone. We wrote: The owner of the Northgate Mall in Marin County, California, recently announced plans to convert the property into an open-air center and develop ~1,400 residential units. As far back as 2004, in Macerich Company (MAC): Can you say Redevelopment? we wrote about the positive prospects for repurposing all or part of several of Macerich’s underperforming malls in New York, Colorado and California.

Beyond the hot topic of mall conversions, the webinar also focused on the surprisingly robust financial outlook for retailers in general during the first half of the year.

“What the following chart shows is how strong retail sales have been in the first part of 2021 compared to pre-pandemic levels. With total retail sales up 18% compared to two years ago, that is a tremendous growth rate that well exceeded retail sales growth in any year preceding the pandemic. Even brick and mortar sales were up 12% over this period despite e-commerce's continued market share gains.”

The outlook for individual retail property types remains mixed, with foot traffic rebounding fastest at outlets, tenant demand strongest for strip centers, and occupancy stabilizing at malls thanks to an increased reliance on less-profitable, temporary tenants. In the private market in the United States, Green Street concludes that both malls and strip centers are attractively priced relative to most other property sectors on a five-year expected return basis. In Europe, we estimate private market retail asset values are down more than 20% just in the past year at even lower levels than during the Global Financial Crisis. Hence the title of our webinar: Opportunity Knocks.

Buyers beware though: Once the wave of post-pandemic “revenge spending” winds down, Green Street expects the mall sector to settle into a more normalized pattern of slower growth, with tenants weakened by the pandemic continuing to fall away, replaced by new, higher-productivity retailers battling for market share. Over the near-term, the outlook may not be exactly “Excellent!!” as Bill & Ted would say. But compared to the past year, a simple recovery is more than welcome.

Learn more about our insights

Searching for Pan-European Property Yields in the Year of A.H. (Annus Horribilus)

This Non-Core Property Sector “Towers” Above Others